Just along the coast from Santa Marta is the beautiful fortified city of Cartagena. You can actually walk on top of these walls overlooking the sea, which is quite a sight, and all the buildings are sweetly colonial. These a nice set of market stalls under arches just across from the clock tower which sell sickeningly sweet treats; the fudge block shaped like a baby was delicious/

Moving away from the coast, one reaches an area that little-less than thirty years ago was fiercely controlled by gangs. 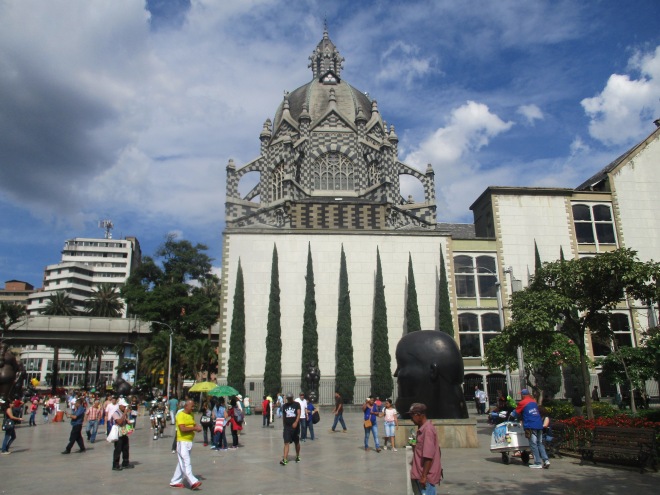 Medellin in particular was badly affected by narcoterroism, having been the home of infamous drug lord Pablo Escobar. Nowadays, Medellin isn’t considered quite as dangerous and parts of the city, namely the trendy El Poblado, full of hip open front bars and stunningly dressed young people, are even quite nice to stay. You can still visit Escobar’s grave and the rooftop on which he was shot. Beware, not all the facts in the TV series “Narcos” are correct, though certain parts, such as his brutality to blow up a plane just to get at one person, are true. Furthermore, it is the fault of Escobar that wild hippos roam the hills just outside Medellin, as they escaped from his mansion which featured a menagerie of the sorts.

The centre is still a little rough in comparison, but hosts a lovely square full of fat sculptures of various animals and people created by the artist Botero. 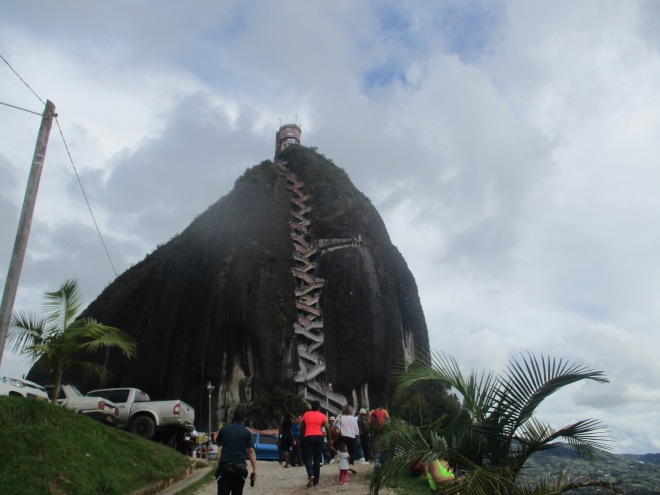 A couple of hours out from the north terminal of Medellin and you reach the beautiful countryside surrounding Guatape. This area is dominated by a huge rock; El Penol. This isn’t so strenuous to climb up the 700 or so zig-zagging steps, and the view of the eerie lake complex and woodlands beyond is more than worthwhile.

Coffee country was next – onwards to a Finca just outside Manizales where we were able to sample different types of coffee grown in the beautiful mountainous scenery and have a look at the factories, then to Salento, a pleasant little town known for its hiking, but where pleasant fresh water trout is also on the menu.

One of the last stops in Colombia was Cali, yet another city badly affected by drug trafficking, due to the Cali Cartel. Though much of the town is still a bit… rustic, the San Antonio area is nice to stay in, especially walking up the grassy hill just beyond which had a number of music acts, food vendors and dog shows when I was there.

A quick stop in the colonial town of Popayan and it was a night bus to Ipiales, the border town. Onwards to Ecuador then!

E.Q. Lever is the pseudonym of a hopeful young writer living in London, England. View all posts by eqlever

One thought on “Cartagena, Medellin, Guatape, Coffee Country and Cali”